Interview with Roberto Anker from Proventus Advisors, our partner in Ecuador 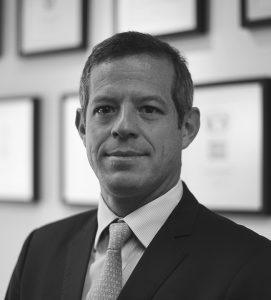 Hello Roberto, can you tell us something about the current situation in Ecuador?

Yes, we just had elections, there are two rounds here and it’s unclear who’s going to be running, it’s a technical tie right now for the second place. It’s not great news, though. This brings with it uncertainty, which always destabilizes the markets somewhat. We’ll have to see.

So how has Covid changed your business strategy if it has changed it at all?

Well, it has and I would imagine it has for everyone all over the world.

What has happened to us is we introduced restructuring into our offering, prior to that I would say most of our work was really M&A with some capital raising efforts. And this year it’s been sort of continuing to support M&A transactions, but of course, many were stalled and it’s just working without really moving anything forward quickly.

We also adjusted the size of our team previously we had been actively hiring and we stopped that process and some people who were leaving just left. We ended up with a smaller group. What we did was really focus on selling restructuring services. And that’s been very helpful, it’s been a new source of revenue for us. I think it’s been a positive surprise just because it was good to see the demand and provide this possibility to a lot of companies looking for this kind of service. It was an easier conversation to start given the situation, we did a few webinars and talked with some lawyers that really got the ball rolling. So that was very, very helpful. After that, we began getting some clients and now lawyers we worked with are also suggesting our services to their clients

We had two significant mandates last year, one that I hope we can get completed this year. They there were large enough and complicated enough where we could add value and generate fees. For one of them, it was actually a very positive thing because we ended up helping this company that had capital markets and relationships with eight banks and we become a neutral point to help in their dealings and really make sure everybody was treated fairly and equally and provide support to the company. The company has a very strong focus, and that deal is pretty much finalized.

It was a very gratifying experience although it was a complicated transaction. But once we got everybody in line, it was a really fast close. If you compare that to M&A, which is something where we had very long negotiations, and then the closing is also long because you need to have the due diligence and the capital, the paperwork, the legal agreements, and then in many cases, antitrust approvals and then agreeing on the deal to be able to close. It can take a while. In this case, it was actually very quick. So that was a great surprise.

So, you have found a positive way to continue doing business in these uncertain times?

Yes, and of course, we’ve tried to do is also on the M&A side as whatever live deals we had, evaluate and then say, you know, is this a deal that we should just put on ice?  Or continue to support and work on it. Some industries, after the initial shock stalled, then there was a baseline of where you knew where things were going to, they were operating because there wasn’t full visibility of how long the pandemic would last until vaccines, et cetera. There was less of a variable in negotiations in some industries and others it was basically let’s just forget about it and talk again if we want to talk again possibly in a couple of years.

Has some of that movement is already picked up again and which sectors have been more active in the last year?

I think in Ecuador, there’s been less of an e-commerce and I.T. development than in other places, so everybody going virtual has happened anyway. But mostly it’s not hyper-local companies doing it, whatever we’re using is mostly from large multinational corporations, and also delivery companies are not that local. For example, to give you an idea food production companies have been very strong and continue to be strong, we’ve been reviewing options with a few of these. Also, in the health sector, we’ve been looking at transactions too, because it depends on which sector you’re in, which part of health you’re in. It was more or less work. And in a couple of companies that seemed to be picking up steam from Covid. We are looking at options. In general terms, I think the sectors that are not doing as well, we would have expected to see more people come to us to look for emergency funding. But that wasn’t the case. We didn’t see that as much as we thought we would see. Although that is a positive thing, 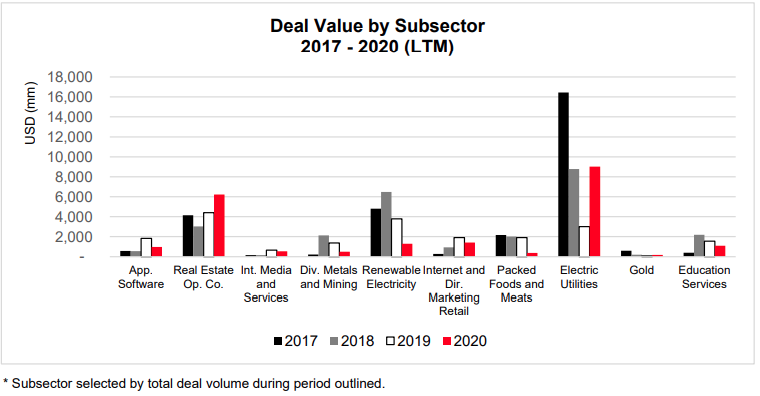 How do you see prospects for this year while still in the midst of the pandemic?

I think we will have probably some sort of roll out of vaccination by the end of the year, probably not enough to have whole herd immunity, but at least that will allow for some sectors to start moving again.

I don’t see a significant uptick in certain industries for example, construction related businesses, and real estate will remain deflated for a longer period. Apart from that general commercial industrial service industries will have a better year and we’ll start looking to the future and start looking into acquisitions. There will also be industry consolidations in the near future.

Ok. Very interesting. And so what do you think is going to be the market driver for this year? And what are the most interesting market opportunities that you can foresee?

Well, I would say I first see certain political and economic instability, given sort of the political cycle, that would be against certain industries that require foreign investment and a longer-term sort of trust basis. I still believe that some of the defence sectors will still outperform others let’s put e-commerce to one side, but the more variable sectors will still be suffering, for example, consumer products.

Financial services will have a positive year, insurance will be fine, but not so much the sort of high availability that will require significant capital investment and expansion, similar to real estate and construction.

Thanks for this interview, Roberto.

Roberto Anker is Managing Partner at Proventus Advisors, our partner in Ecuador. Get to know more about them here.