The EUROFEU Group, 1,000 employees, is the leading French fire extinguisher manufacturer and provides the maintenance of 2 million fire safety devices.
Founded in 1972 in Senonches (Eure-et-Loir, France) by Nicole and Michel Lahouati, EUROFEU produces, markets, installs, and maintains fire safety equipment, including fire extinguishers, emergency units, and smoke extraction and fire detection systems.
The group relies on a national network of 44 agencies serving a customer base of approximately 85,000 direct customers across France.
After 3 LBOs made by the company, the Lahouati Family and the current CEO Philippe de Panthou, sell a majority stake in EUROFEU to CAPZA who will rely on the management team led by Eric Hentgès, the new chairman. The Lahouati Family and Philippe de Panthou will retain part of the share capital alongside key executives extended to around 100 employees who will become shareholders of the group through the operation.

With 4 billion euros in assets under management and a team of around fifty
employees spread among Paris, Munich, Madrid, and Milan, the investment fund CAPZA, which operates on a wide range of financing (majority, minority, OC, mezzanine, private debt, etc.), completes its 200th operation in the midst of the Covid-19 period.
Michel Lahouati is convinced that “this partnership, forged over many months, between the current management team led by Philippe de Panthou, Eric Hentgès, and CAPZA will enable the group to enter a new stage in its development, both through organic growth and targeted acquisitions“.
“As a company operating in a resilient, highly regulated market and offering
consolidation opportunities, EUROFEU is emblematic of the investment approach we are deploying with our Flex Equity strategy ” said Christophe Karvelis-Senn, Chairman of CAPZA.
« Sidney Serval and Jean-Marie Pichon’s role of dealmaker has been determining in the presentation of the parties, the relationship, and negotiations between the sellers, CAPZA and myself. Their support has been crucial to the success of the operation », stated Eric Hentgès.
LBO on EUROFEU (over €100 million turnover), a leader in the French Fire Safety market. 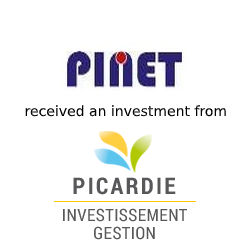