To give some context on FOCUS, this is one of their headlines from their website:

“With more than three decades of experience, FOCUS Investment Banking is a trusted name in M&A advisory services with a nationwide footprint and a global reach.  Headquartered in the Washington, DC metro area, FOCUS also has corporate offices in Atlanta and the Los Angeles metro area.  Its team of 28 senior bankers is supported by more than a dozen analysts, senior advisors and support staff.  Each FOCUS banker maintains a core practice in one of the ten industry verticals comprising the firm’s current areas of specialization, keeping FOCUS abreast of developments in today’s rapidly changing market environments.”

In terms of Advanced Manufacturing, Focus Investment banking thinks that the global economy is at an inflection point. We are in the early innings of an automation and digitization boom that promises to fundamentally transform the global manufacturing and distribution industries. Companies that don’t adapt are at significant risk of being left behind.

Firms in the Advanced Manufacturing, Distribution Logistics and Automation industries operate in a rapidly evolving environment. The capital markets have taken notice and aggressive, well-funded acquirers are rapidly transforming the competitive landscape.

Late last month we held a Q&A session with John Slater and Jorge Maceyras, two of the managing Directors in the Advanced Manufacturing sector of Focus.  The following is a synopsis of what they told us:

Focus created a team four years ago now, called Advanced Manufacturing and Automation, part of this includes the precision machining industry.   M&A worldwide created a similarly named Industry group a short while after that. The vision for this practice came when they had the good fortune of closing a deal in 2015, of a company that was building parts for robotic tanks, a very precise and sophisticated part of the precision machining industry. 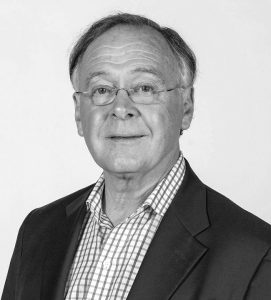 John Slater explained he had worked in a metalworking shop.  He says it was very dirty and very loud so when he got to see what a modern precision machining company was, it was pretty eye-opening for him.   Basically, they used what we know generically as a CNC machine (cutting machine) to automate the production of incredibly high precision components.   They operate with precision down to about 10 thousandths of an inch on some of the parts required.  On occasions, they go to micron precision.

They’re beginning to use robots to load the machines. In essence, the machines themselves are robots. So what we learned, is that it was an industry that in the US that has about 18,000 small to medium companies. Of these, maybe 2500 companies are of a size and scale in the market and are interested in potentially consolidating. A few years ago there was not much interest in this sector, there were only a couple of private equity groups that were trying to acquire these types of companies in the sector. This interest and consolidation started out with a process for a fairly troubled company that had to real bids on and was sold to a chemical company called Arch Global Precision.  That was just the beginning of Arch’s process of aggressively consolidating the industry in the US.

If you fast forward to today, six years later, FOCUS have just taken to market a company called Project Orbit, a company which makes parts for satellites. They built a part which helped the satellite send down a vehicle to an asteroid to take soil specimens and bring them back to Earth. Interestingly they also have had one of their parts installed on Perseverance, the Mars Rover.

Project Orbit is not a very big company, valued at 9 million USD revenue and two and a half million EBITDA.

We created a target list of 375 by which I mean, Jorge and our colleague, we reached out to we received 91 NDAs. We ended up with 19 indications of interest, seven of which were sufficiently serious that we set up management calls. Finally, there were three formal LOI’s, with a deal that should close soon, at the high end of our valuation range. This shows it’s a hot market, along with this deal we will have closed 13 transactions in the metalworking sector. There are at least three more active transactions right now, at various stages, but all engaged either on the buy or sell side.

We also have another buy-side assignment in the cutting tools segment, which is an important part of metalworking. This leads us to believe that this industry, at least in the US, will consolidate aggressively.

We are trying to encourage the M&A Worldwide AMA Industry group to figure out if there’s a similar dynamic in Europe. We can’t actually imagine that they do not have similar dynamics, at least in some of the markets. Germany is the most likely to have a similar dynamic, but probably also Italy and possibly Switzerland too which both have a significant very high precision metalworking industry.

In the US, there are two or three dynamics. One is, you’ve got a lot of companies that were started sometimes as long as 40, or 50 years ago, but more often perhaps 30-40 years.  The owner is at a point, maybe in their sixties, where they are ready to make a decision, either to pass it on to the next generation who are possibly not interested in that kind of labor-intensive work, so what makes sense is to consolidate and create growth and value. The reality is a lot more capital has appeared and so valuations have gone up.

There are industry dynamics that are driving larger companies which have a competitive advantage.   These companies would typically sell to the world’s largest medical device manufacturers, or aerospace and defence manufacturers, multi multibillion-dollar companies. What we’ve learned from COVID, has really been a wake-up call for lots of people. Supply chain resilience is a watchword, and if you’re a $9 million company that is making specific parts and your parts are not delivered and installed, the satellites are not launched. Customers increasingly can’t take the risk of depending on these very small companies, no matter how good they are at what they do. There’s a customer side dynamic that’s going to help force the consolidation of the industry.

We also think that there’s increasing capital pressure. These machines are extremely expensive, and the technology continues to evolve rapidly. If you’re talking about the lower end, typically these companies are spending a few hundreds of thousands of dollars to buy a machine but could just as easily spend over a million dollars on a single machine. They are obviously successful, and they’ve become very comfortable financially but still writing a million-dollar cheque gives you a lot to think about.

In the case of Project Orbit, one of the main drivers is that our client felt that the company needed to be part of something larger to give his team the opportunity to continue to grow.   They were highly motivated at his company to sell to a truly outstanding bigger company doing a consolidation play in the industry in which he could enhance his and his teams’ career opportunities. He obviously will become a wealthy man after the closing, but he’s doesn’t have any particular interest in just cashing in and going to the beach; he’s excited about getting up every day and making parts and being part of projects that are very successful.

We’ve realized that there is a global opportunity and not just in precision or highly engineered metal parts, which is what we’ve mostly been focused on so far.   A variety of precision manufacturing elements lie within the supply chain: electronics manufacturing, various polymer, injection moulding companies and other types of polymer and composite materials, ceramic materials etc. that make advanced materials.   They are primarily more chemical companies in nature but do very specialized work.

This is changing the industry, we’re going to see these new additive manufacturing and other advanced digital manufacturing technologies which will really dramatically change the way things are made and automate a lot of what has traditionally been craft trade, even a CNC machine has to be programmed by pretty skilled labour.

The machine has to be made functional, even though it’s got lots of digital capability. But more and more, we’re heading towards a world where there’s an engineer, sitting at a desk and designing a product where you will be able to push the button and a system will allocate the best way to get this made.   There is AI that sends instructions to robots all over the world to make the parts or make the products, and so that’s the other piece of our practice.   We are trying to build a practice to say what will be the future of all of this?.

We have brought in a former executive of Jebel with operations in 3 continents and over 26 billion USD someone with tremendous knowledge and experience to help us better understand the breadth of this whole opportunity, which is going to entail a lot of consolidation and change in the way products are made and delivered. 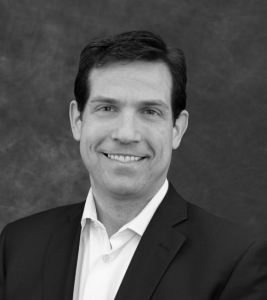 Jorge pointed out that Project Orbit, one of their most recent case studies, also helps to show that private equity has gained a new appreciation for manufacturing services. In general, historically private equity has been reluctant to invest, because of the capital intensive nature.   Not only that, typically many of these firms don’t have a lot of what would be considered traditional intellectual property. They don’t necessarily have a brand or patents and what kept investors away was that they were often project-based. Private equity prefers things that are more frequently recurring in nature in terms of revenues up to. I think they’re realizing that, in fact, there is a lot of intellectual property in what they call tribal knowledge, ie. how to make something very difficult, very hard to assemble, that’s very complex. Just because there’s not necessarily a patent behind it, if you can do it very well, you’re going to get repeat business very often from the same customers, even if it’s not contract-based.