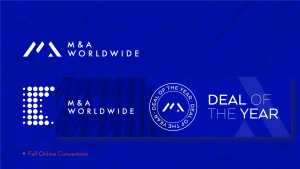 First of all, congratulations on this award! Let’s find out a little more about this done deal.

Could you give a short description of the buyer and the seller involved in the transaction?

The sellers were of Interneto vizija (webhosting) and RackRay (datacenter), who we were advising, are the founder of both companies as well as the management team of the subsidiary company. The client was the market leader with ~60% of the market.

We’ve been working with the client over 5 years and during this period the companies had to implement a number of changes in order to be ready for the sale (e.g. change of accounting policy, good quality management reports, key staff and other employee motivation scheme, financing structure, etc.).

Which parties were involved in the deal team, who advised (buyer and seller) in the areas?

The sellers of “Interneto vizija” and “Rakrėjus“ were supported on this transaction by:

Miss Group was supported on this transaction by:

– Financial and tax due diligence – EY UK and Lithuania

-IT due diligence – Digital Pathfinders

Please give an idea of the deal complexity, i.e. hurdles, unexpected events, and the way these were taken care of, solved, or renegotiated?

VIRTUAL DEAL. The main challenge was that the whole process started in spring and was finished in autumn during the lockdowns when there were no any ways to arrange visits and physical meetings, while the buyer’s team was located in 3 different countries (Spain, UK, and Sweden) and the company itself was in Lithuania. However, we managed to sign the LOI just using Zoom/Teams meetings. The first and actually the only meeting with the buyer took place only in mid-summer when the due diligence was already ongoing. It was still not an easy meeting to arrange, as part of the team had to travel to Spain from different countries, they then boarded a private jet to get to Vilnius and so on. The rest of the process also took place only virtually. For VDR we used Imprima (which is really a good solution) and all the DD teams were working from home offices. Only the IT due diligence was arranged physically at the end of summer, as the data center had to be visited in person. The negotiations, signing, closing, and the deal registering of the deal all took place virtually, so this was literally a no physical contact deal. The sad part of this is that so far we haven’t had a chance to have a good party – an in person one – but we are working on that 😉

How did the cooperation between M&A Worldwide lead to a better result for the seller/buyer?

The project was shared with MAWW, however, this time other members were not involved.

It’s worth mentioning that we took a chance to use a VDR provider Imprima, which was introduced by MAWW to all members at a very attractive pricing level. It’s a really good tool for M&A.

How did you use your deal for marketing, pitchbooks, or acquisition?

The transaction is quite new, so far as it has been closed just this week. Both sides of the transaction had the joint press release, which was published on LinkedIn, Facebook, on websites of all the parties involved in the transaction, also published in the leading business portal & newspaper. So the reach was quite wide and market response was also very good. As a positive outcome of it, together with congratulations, we have already received an invitation from one of the PE funds to manage the sale of one of their portfolio companies.