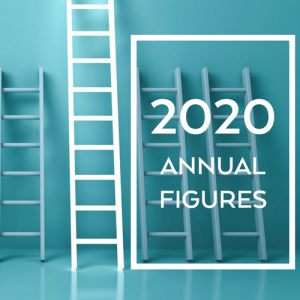 The number of deals rose from 339 to 553, which was an amazing achievement considering the bearish global M&A market, as the latest Refinitiv Global M&A Review 2020  reported a global decrease in deals by 5%,  the lowest since 2013.

We M&A Worldwide over the last 5 years, closed more than 2400 deals with €18.B  of the transaction value.

Based on the latest estimates, the 2021 deal amount and number of deals are expected to be higher than 2020, mostly based on strong and ongoing M&A activity in Europe and the USA.